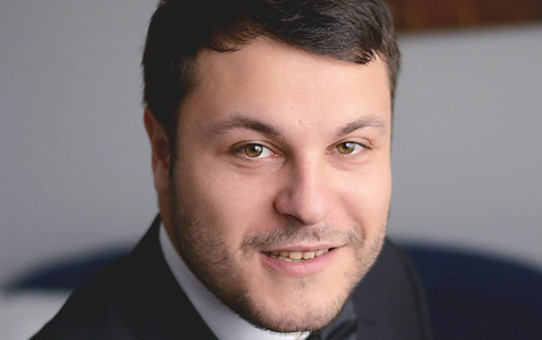 Mihajlo Sviderski is a Macedonian poet, novelist, translator and publisher. He is also an author of two poetry books, Through the Dream of Fog and Rains (2013), also published in Bulgarian, and Sleeping Stars (2017).

For his novel, White and Red (2014), he receives the “Novite” award, which is awarded for the best prose debut manuscript. In 2016, the novel White and Red was published in Bulgarian.

Sviderski has participated in several poetry festivals and readings. His poetry has been published in many domestic and foreign literary magazines, anthologies and collections of poetry.

His poetry has been translated into English, Russian, Greek, Serbian, Bulgarian, Albanian and Hungarian.

He is the founder of Vostok Publishing House, where he actively translates poetry and prose from English, Bulgarian and Serbian.