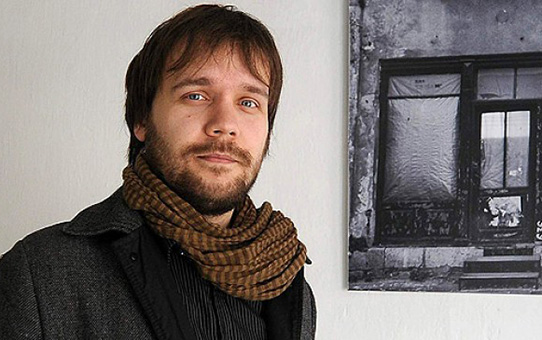 Davor Stojanovski (1987, Skopje) – writer, poet, playwright, translator and musician. He holds an M.A. in Macedonian Literature, has worked as a copywriter, proof-reader, and translator from Slovenian to Macedonian.

He has won the Anne Frank award for his debut theatre play in 2005, the Short Story Award from the daily newspaper “Nova Makedonija” in 2011, was shortlisted for the “Utrinski Vesnik” award for his debut novel Ненасловена месечева соната (Untitled Moonlight Sonata) in 2013, and won the same award for Собирачи на пепел (Collecting Аshes) in 2016.

His work has been published in many prose and poetry Anthologies in Macedonia.

He is a former member of the Macedonian alternative rock band Foolish Green, with which he published the album “Escape” in 2013.