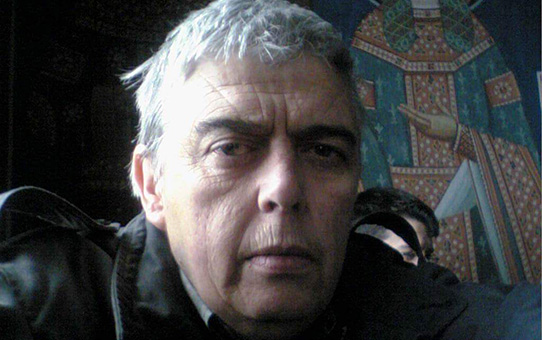 Dimitrie Duracovski (1952) is a storyteller, novelist, essayist and painter. Parts of his writing have been published in eight languages.

In the 1980s he belonged to a group of authors called 7he Fifth Circle, which strove for postmodernism to make a grand entrance into Macedonian literature and culture in general. In his works there is a noticeable combination of his literary talent and his insight into fine art. In modern Macedonian literature, his novel Insomnia is a benchmark for the application of intermediality as a method in literature.

One of the characteristics that are typical for his writing is the play with genre, that is, the hybrid genre structure that places him among the Macedonian prose writers whose works demonstrate genre originality and who have a greater significance for the development of modern Macedonian literature in terms of poetics.

Duracovski is the winner of the Racin Recognition for 2001 (for the novel Insomnia). He is represented in a large number of anthologies of the Macedonian short story, as well as the four volume Encyclopedia of World Literature in the 20th century, published by St. lames Press from Farmington Hills, USA (1999).

He has also been a member of the editorial staff in several Macedonian and foreign referent literary periodicals.