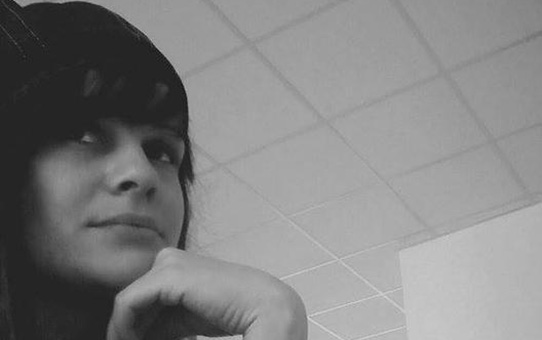 Frosina Parmakovska is born in Skopje, Macedonia, 1985. She graduated on Faculty of Philology „Blaze Koneski“, at the Department of General and comparative literature, in Skopje. She graduated with a master degree at the Institute of Macedonian literature, on the topic „Variations of magical realism in world and Macedonian novel“. In 2015, her thesis was published in Skopje by the publishing house Ili-Ili.

She has published short stories in Macedonian and foreign literature magazines. Her first novel Writing the Lost Spheres was released in 2013, by the publishing house Kultura, Skopje, Macedonia.

In 2014, her second novel Sour-Cherry Chronicle came out, published by Ili-Ili and it was a finalist for the most prestige literature award in Macedonia, Novel of the year in organization of the magazine Utrinski vesnik. This novel is translated in Bulgarian and Ukrainian.

Her third novel Countdown was released in 2017, published by Ili-Ili, Skopje, Macedonia. With this novel, she won the award Novel of the year for 2017.

Since February 2018 she is the member of the board of Writers’ Association of Macedonia. She is director of the „Lindens festival”, within the Association. She lives and works in Skopje, Macedonia.