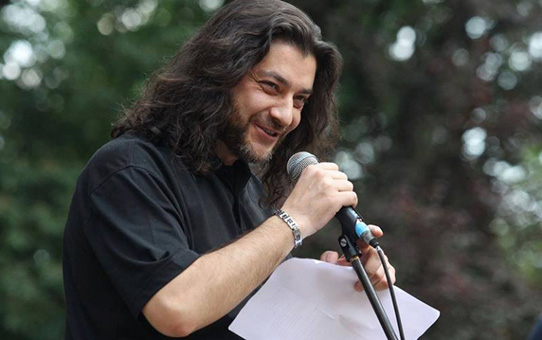 Igor Isakovski (1970 – 2014), poet, prose writer, translator, editor. BA in World and Comparative Literature, Sts. Cyril and Methodius University, Skopje, Macedonia. MA in Gender and Culture, CEU, Budapest, Hungary. He was the founder and director of the Cultural Institution Blesok where he worked as the editor-in-chief from 1998 until 2014.

His poetry and prose works were translated into sixteen languages and published in about twenty countries. He was included in a vast number of selections and anthologies in Macedonia and abroad.