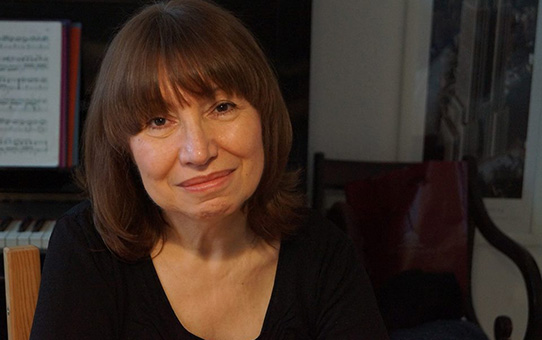 Kica B. Kolbe was born in 1951 in Bashino Selo, near Skopje. She studied philosophy at the universities in Skopje and Belgrade. She earned her masters degree with a paper on the aesthetics of T. Adorno, and a doctorate with a work on the establishment of aesthetics as a philosophical discipline in the German philosophy of the XVIII century. From 1976 to 1986 she worked first as a teaching assistant, and then as a reader at the Department of Aesthetics within the Faculty of Philosophy in Skopje. She has been a long-time collaborator in all projects of the Aesthetic Laboratory, as well as a founder and one of the editors of the philosophy magazine “Philosophical Forum”. In 1986 she moved to Germany. She has been working as a writer, translator from German and a painter.

She has authored numerous works in the area of philosophy, aesthetics, film and figurative art and literature. She has translated works by Adorno, Klee, Kant, Hegel, Schelling, Schopenhauer, Heidegger, etc., from German into Macedonian.

So far, she has published the following books: