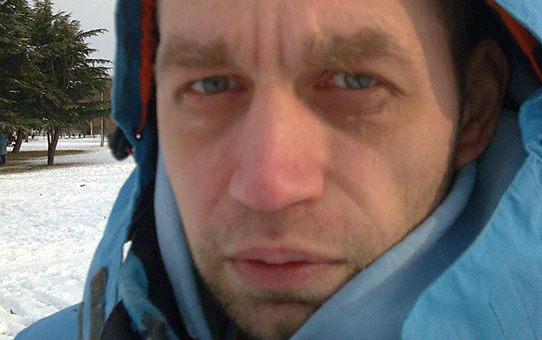 Simeon Jankov was born on August 21, 1981 in Skopje. After finishing “Rade Jovčevski – Korčagin“ high school, he enrolled at the Faculty of Philology “Blaže Koneski” (Department of Macedonian and South Slavic literature), from which he graduated in 2005. Some years back, he had been studying Slavic mythology at the amateur level. For the last few years, he developed a passion for studying the connections between Slavic languages, in general,  and the other Indo-European languages, while using the works of some of the most prominent scientists in that field: Max Vasmer, Rick Derksen, Oleg Trubačev, Julius Pokorny. „Black Forest”, his first novel, which is a postmodernist mystery, has been published by MI-AN in 2019. Simeon lives in Skopje, where he keeps writing. When it comes to writing, the novel, or more precisely, the postmodernist mystery is the only genre of fiction he finds himself for the time being. In 2022 he published his second novel “The Loneliest Place“. He translates from English, Russian and Serbo-Croatian and vice versa.