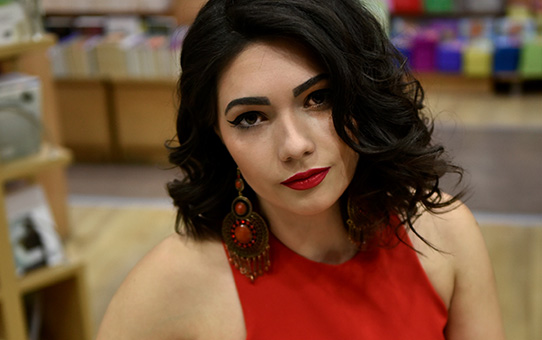 Vera Kalin (1994) is a student at the Faculty of Economy in Skopje. In 2013, she won the first award at the traditional anonymous short story competition of “Nova Makedonija” daily, for her short story “Cardboard Stars”; the following year, she won “Zivko Cingo” short story award for her story “Pink Wool Hair”.

In 2015 she participated in EVN and Tabernakul project “Shortstories.mk” (book II) with several of her short stories.

In 2015 she published her novel “The Homeless Man with the Gold Watch”, issued by Matica Makedonska.