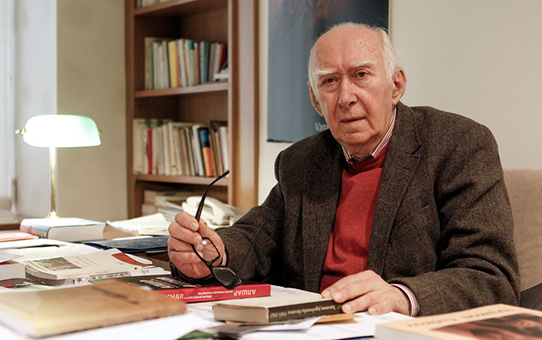 Uroshevikj is a winner of a number of national and international literary awards and recognitions. His books have been translated into nine foreign languages.

He arises as a passionate explorer of the contradictory phenomenology of literary and science fiction, of the mythological systems of the past and present, of the irrationalism from the oneiric experiences present in modern and postmodern poetic and narrative discourse. At the same time, he is one of the most significant representatives of Macedonian modernism, focused on exploring the wondrous, fantastic and surreal, and an author whose first novel is considered the herald for the arrival of post modernism in modern Macedonian literature.

He is the winner of several national literary awards including the Racin Recognition in 1996 (for the novel The Court Poet in a Flying Machine) and the Stale Popov award in 2008 (for the novel Dragons Wife). He is the only Macedonian author to win the highest award for poetry Brakja Miladinovci on three occasions. Apart from several domestic, he also holds several recognitions from abroad: the Halide Edip Adovar award by the Turkish PEN Centre, the Golden Autumn – Sergei Esenin decoration by the Union of Russian Writers in Moscow, the award of the publishing house Nolit (Belgrade) .

For his literary work, as well as the efforts to bring French poetry close to the Macedonian audience, he has been named a Knight of the Order of Arts and Letters by the Government of the French Republic, and afterwards an Officer of the same Order.