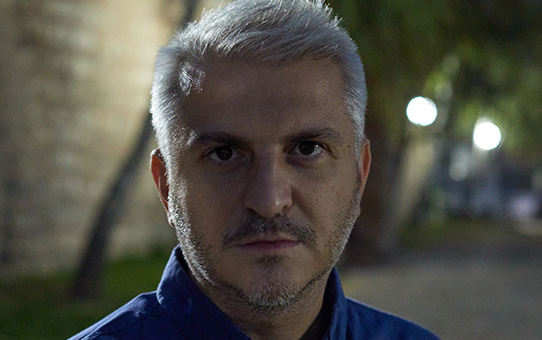 Vladimir Jankovski (Skopje, 1977) graduated from the Department of General and Comparative literature at the Faculty of Philology “Blaze Koneski” in Skopje. He had been working as an editor in various publishing houses.

He is the author of the following books: „Invisible Loves“ (novel, 2015), „Eternal Present Tense“ (novel, 2010), „Faces of the Invisible City“ (in co-authorship with Ivan Blazev, photo-essays, 2010), „Skopje with Eyes Wide Open“ (in co-authorship with Ivan Blazev, photo-essays, 2008), „A Mirror for the Mystery“ (2003, conversations with Vlada Urosevic). For his novel „Hidden Desires, Restless Travels“ he won the Novel of the Year Award for 2020, being also a Macedonian candidate for the international literary award Balkanika. For his novel „Invisible loves“ he received Racin Recognition.