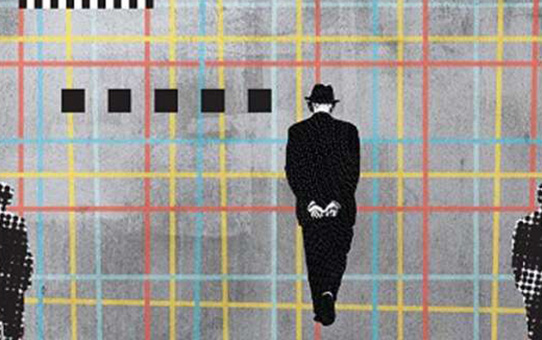 Excerpt from the novel “Last Days of Hans” by Mihajlo Sviderski.

After the second stroke, I don’t remember how I ended up in the  nursing home, although I try to fly through the time with in thoughts until that day, to present an image, I faintly remember that I went to the bathroom and I fell again, a stroke for the second time, or maybe it’s just a conjecture, how I ended up in this nasty place, sometimes I can imagine  Weber, that bastard who doesn’t live in the present, pushing me with a cart on one slope to the door of the house. And just to know that there is nothing more terrible than death in a nursing home.  My whole life I was afraid of that I would end up in this terrible place, thrown into a faded, gray and fired corner of a cramped room, which, although it was intended for three, with the decision of the administration, due to the huge demand for residence in the nursing home, they dragged five beds and now they are all connected one to one and even a fly can’t pass between them, but it is not necessary anymore, none of us can stand up, and when everything is ready, it is only necessary for the nurse to pull the bed out and  to replace  the dead with the new name that has been waiting for on the list for months, the moment when the new roommate is coming is very touching, then his close ones cry, they rub their eyes, and they become like red apples, swollen, blazing, full of pain and parting.

The worst option in the nursing home is to have no one to come and visit you, it’s equal to jail. Maybe even worse, because in prison you can eat three meals, and here we eat when they give us, there you can walk in the yard, here you can’t get out of bed, there you can even go out on weekends, and here all days are the same, we don’t have a calendar nor a watch, only an old TV that the half of the audience cannot hear, despite the hearing aids. In the room they come and go after two or three in the month. Most of them come as they go, without saying a word. They are silent, cry, or call God to take revenge on those who threw them here, for example the daughter, the son, the daughter-in-law and all who supported them in their decision that the old should go to a nursing home, that everyone has their own lives, obligations, intimacy, privacy, while forgetting their responsibility to parents, spouses and other mortals thrown here at the mercy of the staff who are doing it for money, completely disinterested, nervous, hysterical, women, they must shout, I think to myself , the men are filthy, the nurse says loudly.

I have no children and that is my biggest pain, an emptiness I don’t know how to name, but I feel it so intensely, somewhere in the chest, between the left and right chambers of the heart, I have no strength to seek revenge for Weber when I am not I’m sure that he dragged me to this place, although, I will repeat myself, I have an image in my head  of him pushing me in a wheelchair as  we come to a door for which, by chance, I believe that is the door of this nursing home. If I ever get out of this wolf den, I’m sure that I will be able to recognize the door and the hill.  If this is confirmed as truth, I’ll have to send that old man who doesn’t  know his real name to hell or to drag the hell to him and let the devils shatter his body.

Here he comes, Gerhard Weber, talking to the doctor, I can see him through the gap of the half-open door and the light from the window falls exactly on his mustache. How disgusting he laughs, the doctor is nodding  his head, approves something, then denies, absolutely no, he says and looks at Weber’s mustache, he also laughs, later comes the nurse, the one who hates men, and even more women, followed by two frowned carriers, they put me on  a stretcher and lead me out. How long have I been here, I ask them, three months, one of them says, and puts me in the van, yes, that’s that door, now I’m sure that the misty memories are correct, this was the hill we climbed up with the wheelchair, the door is the same, be careful with Weber, I repeat myself, and where is Eva, where they carry me, take care of Weber.